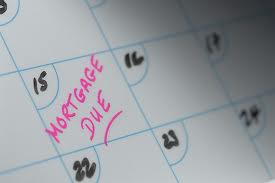 This week we heard about someone who had received their 3rd letter from the Cheltenham & Gloucester (subsidiary of that public/tax payer bailed out phenomenon known as Lloyds TSB) asking them how they proposed to pay off the balance of their mortgage in 5 years time when it reached the end of it's term. They had dismissed the first letter as an error and replied to the second letter giving as much detail as possible. I add here that the outstanding loan is interest-only so there is no capital being repaid. They have never missed a repayment – even though their business has been through and is possibly still going through the worst period in it's 25 year existence. They recently virtually paid off one mortgage account with a £25,000 cash payment and continue to overpay the balance of their loan. Not good enough for the C&G – they want details of exactly how the balance will be cleared in 5 years time! With documentary proof of the value of endowment policies that they have already been told will only cover 5% of the outstanding balance.

Perhaps it would be fair if the borrower wrote back to C&G and asked them for a detailed plan with proof of how the payments will be made on the £40 Billion of direct so-called 'Government Aid', otherwise know as Joe Public's money, that kept their business afloat?

Anyone else heard similar stories of bullying by state owned banks, who are probably hiding behind a facade of proposing responsible lending, hassling customers who are making their payments and doing their best to survive the recession? The person in our example has a 48% loan to property value, is in their early 50's. Is the C & G at risk of not getting their money? I think not.

October 14, 2009
I can remember back in 1990/91 when I was with the forerunner of this firm (my god that's nearly 20 years ago!) that we were in the middle of a property market down turn that I personally believe was far worse than the current one. Osbornes Property Services as we were then called was suffering from a serious lack of income that also had a root in a serious lack of good saleable property to sell.

We were new, very professional, very keen, very hardworking and very keen to please but no one had heard of us. Our marketing budget was limited - we were skint to be truthful! What did we do? Well we set about making people aware of us by 'canvassing'. I wrote letters to other agents vendors, I dropped leaflets, we advertised as imaginatively as possible saying that even in that market we needed property for sale. Did it work? Yes to a degree and we certainly wound up some of the more established local estate agents who were not keen to lose instructions to newcomers like us.

June 04, 2013
I have just returned from hospital having had a procedure carried out on my foot/ankle that involves repairing a damaged tendon and realigning my foot by breaking my heel! While waiting to be called down to theatre I sat in my room checking e-mails - as you do when you want to take your mind off things.

There was an e-mail from Colin Clayton of Desk Centre Limited http://www.deskcentre.co.uk talking about a £10,000 office refit and all I had to do was create a blog post suggesting why my office should be the one to receive it! What an opportunity - here I am laid up for two weeks before I can mobilise on crutches and my office certainly would benefit from a revamp in 2013.

Like most surviving, small, independent estate agents we have done this by cutting costs, reducing premises and regrettably letting staff go. Our address used to be 20-22 Market Place but is now 20 Market Place only. We originally moved to No.20 from our first premises in Newnham Street in 1993- my then business par…
Post a Comment
Read more